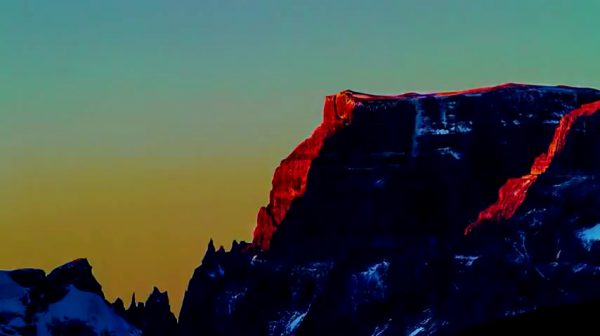 Buenos Aires is a vibrant city, known for its art, culture, nightlife and friendly citizens. You have to impression of strolling through a European city and that’s where the name: “Paris of South America” has its origin: whine, tango, belle époque are omnipresent. Its South America’s most populated  city after Sao Paulo and its port is one of the continent’s most important. The inhabitants or “Portenos” are mostly of Spanish and Italian origin and they are off course convinced they have the best football team in the world. Buenos Aires has a humid sub tropical climate and has 4 well defined seasons with temperatures ranging anywhere from 8C to 30C.

El Calafate lies in the Southwestern tip of Patagonia close to the Chilean border. The little village is located on the banks of the gigantic lake Argentino, in the bedding of what once was an enormous glacier covering the whole region. Today there are still remainders of this once enormous and some of them advance some 30 cm a day and all of them end their lives in the Lago Argentino, which gives us the opportunity to get close to these wonders of nature during our excursions. This is certainly an important visit since it confronts us directly with today’s climate change issues. El Calafate has steppe climate with cool to hot, dry summers and cool to very cold winters with very little precipitation the year through. Temperatures can reach -5C during European summers.

Day 1
Arrival Rio de Janeiro
Arrival at the airport, meet and greet by our guide and transfer to Windsor Leme hotel OR similar. Check-in assistance. (Check-in: 14h / Check-out: 12h). Overnight.
Day 2
Corcovado and beaches (4hrs)
After breakfast, pick up by your local guide for visit of the famous Corcovado Mountain. Towering 700 meters above the city, with Christ the Redeemer on top, the Corcovado offers a 360 degree view of the ‘Cidade Maravilhosa’ that is simply breathtaking. Once our visit of the Corcovado is finished our bus will take us for a panoramic visit of Rio’s most exquisite beaches; Sao Conrado, Leblon, Ipanema, Copacabana. Overnight.
Day 3
Sugar Loaf and city center (4hrs)
After breakfast our guide will pick you up and we will head for the Sugar loaf. We will than take the cable car and enjoy the wonderful aerial view of Copacabana beach and downtown Rio de Janeiro. We continue the morning with a panoramic visit of downtown Rio, Cinelandia, its Imperial Palace, the Sambadrome and Maracanã stadium. Overnight.
Day 4
Free Day
Breakfast and free day for leisure. Overnight.
Day 5
Flight to Foz do Iguaçu
Breakfast and transfer to the airport for your flight to Foz do Iguaçu. The duration is about 2 hrs. (Direct flight) and upon arrival you will be greeted by your local guide who will accompany you to Wyndham Golden Foz do Iguaçu hotel OR similar. Check-in assistance. (Check-in: 14h / Check-out: 12h). Overnight.
Day 6
Brazilian Falls (4hrs)
After breakfast, transfer to the National Park to visit the Brazilian side of the falls. Located on the border of 3 countries - Brazil, Argentina and Paraguay, the Iguaçu falls, classified by Unesco as `World heritage`, are a must see for those passionate about nature. Upon arrival in the National Park the guide will walk you towards the Brazilian part of the falls. You will have a chance to see the approximately 280 falls that cover Brazil and Argentina from several points. The majority of the falls are on the Argentinean side, but the spectacle is definitely Brazilian. There is enough free time to take magnificent pictures. Overnight.
Day 7
Argentinian Falls (6hrs)
After breakfast, departure for Puerto Iguazu and the Argentinean side of the falls. The saying goes that the Brazilian side is more spectacular, but the Argentinean side is without any doubt more impressing: a 600 m. long, luscious jungle trail leads to the beginning of the falls. From the 19 bigger falls, 16 are on this side of the border. We will visit all 3 levels, including the famous ‘Garganta del Diablo’, offering a vertical view from the top of the falls. Be aware that passport/visa is needed for Argentinean border crossing. Overnight.
Day 8
Flight to Buenos Aires
Breakfast and transfer to the airport in Argentinean side (Puerto Iguazu) for your flight to Buenos Aires. Upon arrival, meet and greet for your local guide and transfer to Savoy hotel OR similar. Check-in assistance. (Check-in: 12h / Check-out: 12h). Overnight.
Day 9
City Tour (4hrs)
Breakfast and pick up for the tour of the day. The City tour gives you the emotion of a multiple Buenos Aires. During this tour we will learn about the history of the "Paris of South America" as it was know in the last century. We will see the symbol of our city: the Obelisk and we will visit the main square where the city was founded in 1580 : Plaza de Mayo. We will drive among some of the most important avenues, such as Corrientes, Mayo and 9 de Julio (the widest one in town). We will pass through historical neighbourhoods such as: La Boca, San Telmo & Montserrat. Elegant neighbourhoods such as Palermo and Recoleta, and the most modern one: Puerto Madero. Green areas such as Tres de Febrero Park. We will also visit financial and commercial areas and we will get to one of the most famous Football Stadium, La Bombonera. Overnight.
Day 10
Free Day
Breakfast and free day for leisure. Overnight.
Day 11
Flight to Calafate
Breakfast and transfer to the airport for your flight to Calafate. Upon arrival, private transfer to your hotel  Calafate Parque OR similar. Check-in assistance. (Check-in: 15h / Check-out: 11h). Overnight.
Day 12
Perito Moreno

From its beginning the trip has pleasant surprises. Already in the outskirts of El Calafate, on the right you can see the Argentino Lake with its Redonda Bay populated with an important variety of birds that can be observed, standing out the swan of black neck, flamenco, duck steam, gallareta, cauquén, giving frame to the typical yellow of the countryside by the presence of coirones.

The first 40km/25 miles pass through the patagonic steppe to soon enter into the National Park in order to observe the arboreal vegetation formed by ñires, sour cherries, lengas and cinnamon-coloured, some flowers of diverse colors; the outstanding one is “notro” by its colourful red intense that belongs to the Patagonic Andean Forest. In front of the Glacier, everything is majestic. You can go around the walkways to have different views of the glacier.

The glacier named after the great argentinean explorer of the last century is one of the few in the world in advance. This has made it one of the greatest natural spectacles in the world. In its advance it dammed the waters of the Rico Branch  of the Argentino Lake, the water level reaches up to 30 meters on the one of the Argentino Lake, putting pressure on the ice. First, a tunnel with a vault of more than 50 meters is created, through which the waters of the Brazo Rico descend to Lake Argentino. The erosion caused by the water finally causes the collapse of the vault, in one of the most impressive spectacles that can be witnessed. The process has been repeated throughout irregular intervals: the last rupture took place on March 10th, 2018.

Overnight.
Day 13
Departure flight
Breakfast and transfer to the airport for your outbound flight. Our guide will assist you with your check in formalities.
Included
RATE PER PERSON IN USD, BASED ON 2 PASSENGERS IN DOUBLE ROOM SUBJECT TO AVAILABILITY AND CHANGES
Not Included 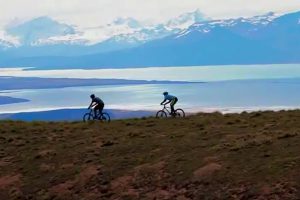